21st century is the time of digital revolution. The data is the only assets of every ones interest. Now it is important to identify the best suitable area for a computer science engineer to set his path for journey of success.

·  It is ones choice to prefer a particular language that is better than any other.

·  Developer may have a mix of flavor of multiple languages.

Recent Programming languages are enriched with a lot of new enhanced features. This exponential enhancement in features may trigger to common question amongst beginners that which programming language they should choose to learning so that he will be in industry demand.

Here, is a list of top 10 languages that you should learn –

In this series let discuss about Pyhton 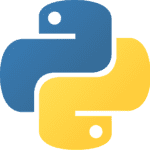 ·  It is a Open-source programming language

·  It is widely used in AI and Machine Learning space.

·  Python is a good choice for Data Analytics and Data Science as it has packages such as NumPy and SciPy that are commonly used in the fields of scientific computing, mathematics, and engineering.

·  Highly demanding in the job market.

·  Not ideal for Mobile Computing

·  It is slower due interpreted programming language

·  Due Use of a global interpreter lock(GIL), Python is not a good choice for parallel computing intensive application thus exhaustive multithreading in python is poor.